Back by popular demand, it's Comedy at Woody Point.

STEVE PATTERSON is best known as host of the hit show The Debaters on CBC Radio One.  Patterson has been a professional headliner since 1997 and has taped numerous national television specials in the past decade including four Just For Laughs galas.  His performance in 2010 earned him a Gemini nomination and caused host Steve Martin afterwards to exclaim “If I’d have known he was going to be THAT good, I would have cancelled him.” Following that performance, Patterson was name Best Male Stand-up Comedian at the 2011 and 2013 Canadian Comedy awards and was nominated for Canadian Screen Awards as Host on HGTV’s I Wrecked My House and CBC’s Great Canadian Screen Test.  Steve’s nationally toured theatre show entitled This is Not Debatable is on itunes and his The Book of Letters I Didn’t Know Where to Send is available in bookstores nationwide and new to Audible. Patterson’s latest project is his VSP Podcast, making smart people funnier and funny people smarter. Visit stevepatterson.ca for more details or follow Steve on twitter @patterballs. 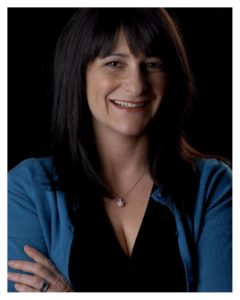 KATE DAVIS’s comedy career started as a need to get out of her house. So one night after putting the kids to sleep she ventured into a local comedy club and never looked back! Now, Kate has headlined across Canada, Europe and starred in her own hour-long comedy special on CTV and the Comedy Network.  Kate was a finalist in respected comedy competitions including, Toronto’s Last Comic Standing and NBC’s Stand up for Diversity and is a thirteen-time nominee at the Canadian Comedy Awards for Best Female Standup and the prestigious Phil Hartman Award.  She is a sought after corporate comic and has hosted several high profile events including conferences with for the former President Bill Clinton and Barbara Walters. She has also proven that funny can raise money and does many charity events for organizations that help teens and kids. For more information visit www.katedavis.ca 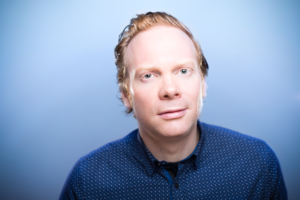 NATHAN MACINTOSH is quickly becoming one of the names to know in comedy. Most recently he made his network television debut on The Late Show With Stephen Colbert on CBS, Conan on TBS, his own half hour special shown on The Comedy Network/CTV, and Just For Laughs All Access and Talk Of The Fest.

His debut album I Wasn’t Talking was featured in Ex!aim Magazine’s Top Ten Hilariously Good Comedy Moments of 2015. He is also the host of the podcast Positive Anger, which has over 800,000 listens on SoundCloud and is frequently in the top 200 podcasts on iTunes.