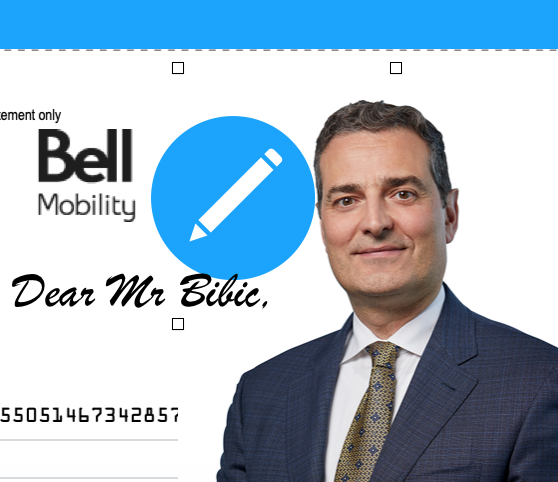 Twelve days ago I wrote an open letter to Bell Canada [https://stevepatterson.ca/blog/bell-lets-talkabout-your-lack-of-empathy] and sent it out on social media asking for the company to provide a break for ALL clients given the unprecedented hardships brought on by the Covid-19 Pandemic.

The letter received hundreds of responses from people in similar situations echoing my sentiments, while thousands of other frustrated customers are quite likely too discouraged and depressed with the general state of things right now to even muster up the energy to ask for help.

But the letter did get a response from Bell’s customer service department offering to ‘take a look’ at my bill. This was better than the blanket “you are still within contract” that I received from @Bellsupport which I assume was generated by a robot since it lacks even the slightest semblance of human empathy.

This week I spoke with a Bell representative who went over my bill in an attempt to find savings that resulted in an offer that could reduce our bill by about 10%, which is, granted, better than nothing. But considering our household income is down about 75% is still substantially less than substantial.

The representative also didn’t have an answer when I asked why Bell could not reach out to clients instead of the other way around and offer substantially lower fees during a time of unprecedented crisis, severely limited mobility and universal financial hardship?

So I’m asking you, why can’t Bell offer better rates for their customers right now?

Why can’t the company behind “Bell Let’s Talk”, an initiative that has brought much appreciated awareness and funding to mental health, be here for all clients to help lessen the stress of at least one area in their stressful lives right now?

I’ve heard many stories of people leaving the company because you were unwilling to budge on bills or honour longtime customer loyalty before this pandemic set in. I’ve also heard numerous accounts that paint Bell as the exact opposite of a company that is willing to talk about giving customers a break now that we’re in the midst of a crisis. Though I guess, in fairness to your slogan, it’s not called “Bell Let’s Listen”.

However if there were ever a time for a company to listen to their clients and lay the foundation of making them customers for life, this is it.

I realize you only became President and CEO in January of this year. I realize you are under pressure from shareholders (which, by the way I am one of) to turn a hefty profit despite the fact that many Canadian companies and individuals will face cash shortages and go bankrupt this year. But your personal strategy listed on the Bell website is to “champion customer experience.”

Well right now Mr. Bibic, your customers are in need of a champion. A company that will reach out to us instead of us having to reach out to them. Can Bell be that company? Can YOU be that champion? Or is your solution in this unprecedented time really going to be “business as usual”.

I’m not just asking this for myself but for millions of Canadians. We know Bell can talk. Please prove that you can also listen.

One of many Bell customers in need of a champion